The Helix Nebula is a large planetary nebula located in Aquarius. It’s faint and difficult to capture detail, requiring dedication to gather enough time on the target. I shot the Helix a year prior, at the same star party, and was intent on bettering the result this year. 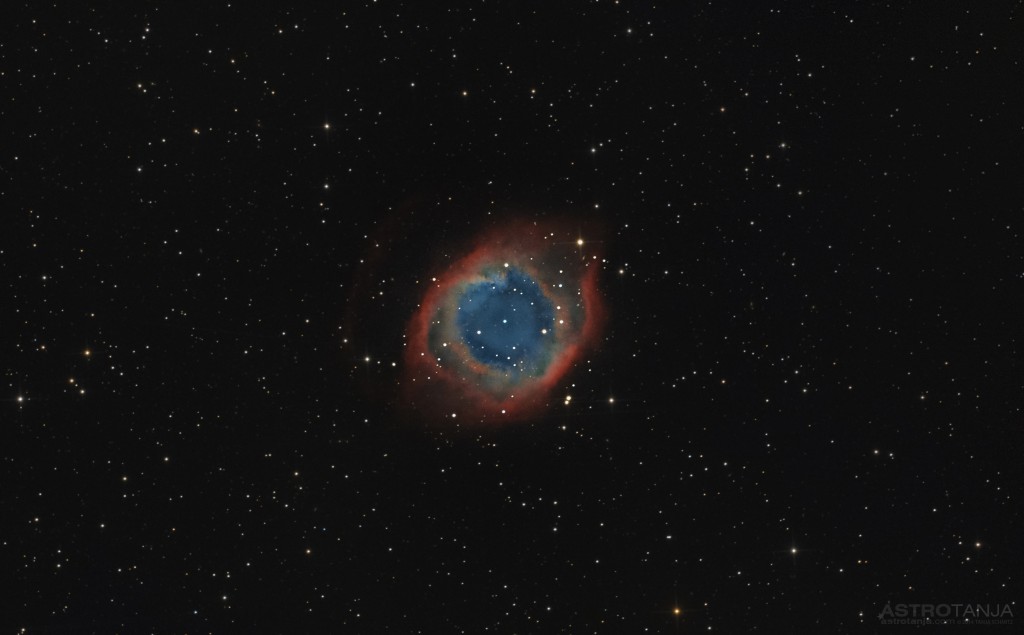 I spent 2 nights fighting against nature, and although the sky was clear the wind never really died down. I gathered over 7 hours of data but deleted 50% due to elongated stars. This is the result I’m left with, a rather dim and slightly noisy Helix but still an improvement on my 1st attempt.

I’ll take a backseat on this target for a while, at least until I have a longer focal length and use the CCD to image with.

Here’s my attempt from last year…. 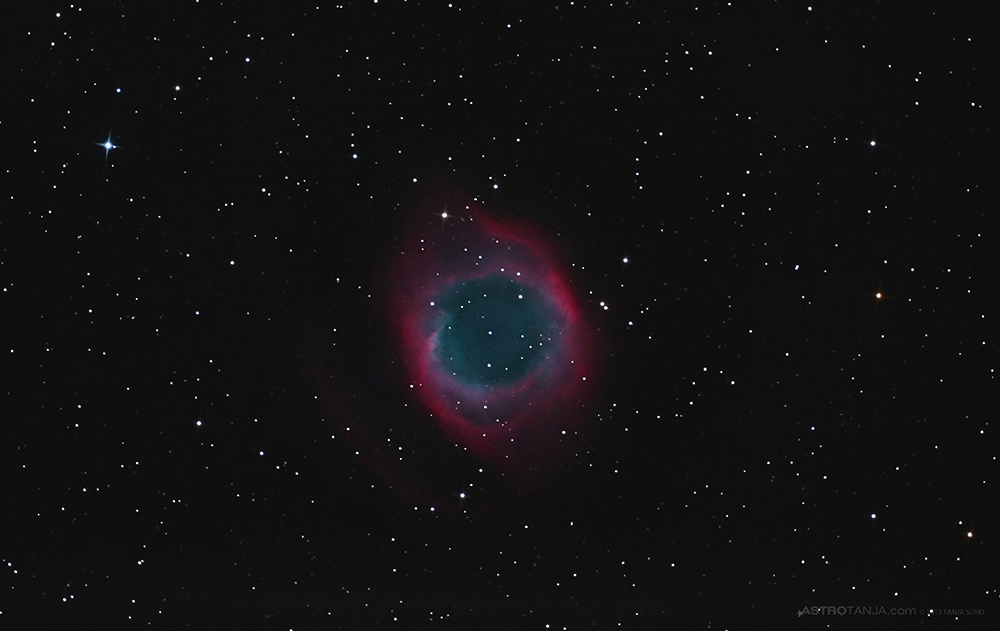